Yesterday we had a chance to experience some outdoor life, because it was a sunny Sunday. We started our trip from Meiji shrine in Harajuku. The area surrounding the shrine had probably the highest concentration of foreigners that I’ve seen in Tokyo this time (I’ve in Japan before, in 2004). Many people, alone, in couples or with their children, went there to get some fresh air.

And, of course, there were many tourists, some in peculiar outfits – the kind of type which probably loves anime and falls in love with Japan because of that 🙂 The park surrounding the shrine is really big. 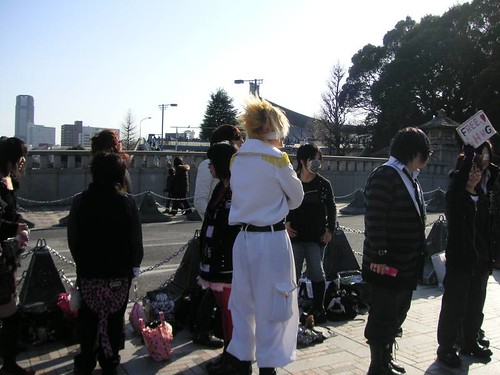 We managed to spot a wedding, which was again filmed by hordes of tourists, craving for exotic sights. Yet the shrine, interestingly enough, was surrounded by the calm and chilliness of antiquity. Even though tourists would pass by one after another, it didn’t change the atmosphere much. 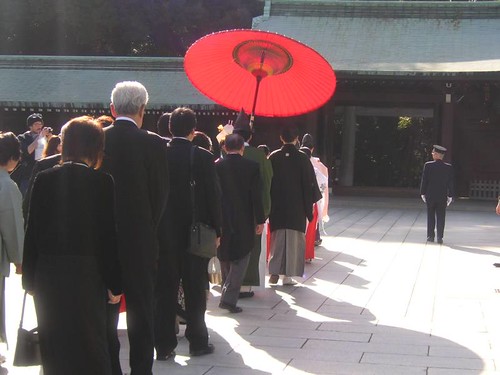 After visiting the shrine we proceeded to another side of Harajuku, where we saw some of the famous Harajuku kids, this time offering a free hug, and a fun performance by the Tokyo Rockabilly club. It was really interesting to see it, yet difficult to describe.

The dessert for the day was a jazz band playing on one of the streets in Shibuya.