I ask my friend S. to take me to Akihabara, were I want to get a plug converter. People in the stores  around are advertising their discounts aloud: I have no idea how it helps, because their voices disappear into the background noise created by the many advertisers. It’s difficult to notice anything amidst all possible kinds of noise – voices as well as visuals.

We proceed to one of the streets in Akihabara. S. asks me if I know what Akihabara is famous for. My only guess is electronics, but apparently it’s anime and manga. We go to look into several stores – S. says I could do good Anthropology here. He’s right. First, I take some photos of the posters, which I would call “Lolita exploitation”. Second, I snatch some really crazy and sick half-porn fliers, where anime characters have flower pots in certain places, or boobs about the size of their heads, or wear high school uniforms, or pose in samurai outfit with panties showing, with one arm cut and bleeding, katana in hand, and cloth falling off the breast. I realize that unlike real actors, anime characters can perform even the sickest tasks – I believe that’s the future of pornography, when so much is already created and it must be so difficult to impress the clients nowadays. I must admit that I have never fully watched a porno movie – not even out of interest. This stuff irritates my feminist mind, although my colleague Karlas has written on it from a different point of view, which I sort of accept. Anyway, the point was to say that I don’t’ really know – maybe actors perform things as sick as anime characters. The further we go, the more interesting it gets. 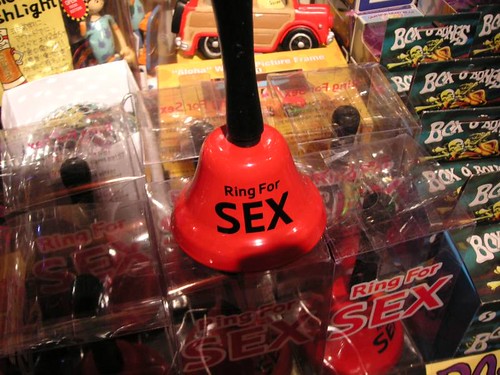 We proceed to a place where you pay JPY 800 and can spend half an hour playing with kittens. They serve some colourful drinks, too. There are maybe eight kittens, and you are not guaranteed that you will get one – you only get a table and some toys to try to attract the kittens. It’s forbidden to wake up sleeping kittens, and to post a photo of them on a website or blog one must ask for a permission and put a banner of the place. Hmmm… people pay to get half an hour to play with kittens… I think it’s a good business idea for cat lovers. The kittens are free to do whatever they want to. They don’t have to entertain the visitors – the visitors are here to entertain the kittens and try to attract them to themselves. The place is smaller than an average room, and there’s no need for much supervision. Visitors take their drinks themselves from the machines in the corner, and that’s it.

The stereotype of a maid or a schoolgirl is one of the most banal objects of desire around the globe.