As soon as it became warm enough, Laimikis.lt relaunched its initiative called “Bubble the City” in English (in rather unsuccessful search for an adequate term for the creative Lithuanian “Burbuliatorius”). As last year, it takes place in Lithuanian cities and towns, as well as the most popular migrant destinations. The idea is to encourage people to spend time outdoors and do something together in a non-commercial setting, using one of the green public spaces. I have noticed that Vilnius, which, although blessed with open spaces, has rather unstable climate. It drastically lacks public toilets, and many urban spaces that people like become ‘overplanned’ due to dubious government initiatives, such as replacing old trees, which used to provide comfortable shade, with new, specially designed trees. Being in central Vilnius in cold weather is no fun at all, to put it mildly. Like in many cities, you must buy something to enjoy a comfortable place to sit. Compared to Tokyo, Vilnius at least has benches.

Various activists and groups try to revitalise open spaces of Vilnius and encourage people to spend time there and shape the places to better meet their needs. Sharing of photos online became another way of getting together for the sake of soap bubbles. Particularly because the event takes place at the same time in Lithuania and in Lithuanian emigree communities. END_OF_DOCUMENT_TOKEN_TO_BE_REPLACED 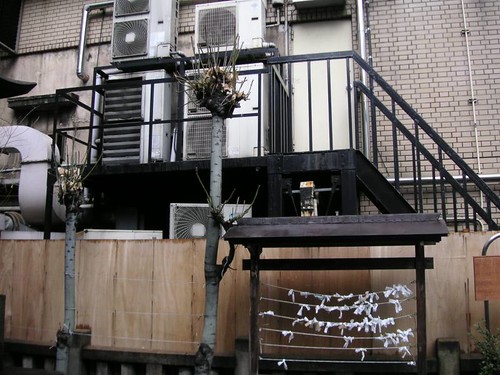